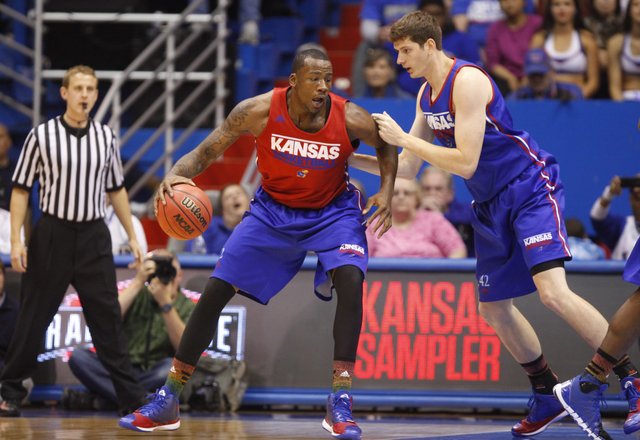 Red Team forward Cliff Alexander works his way into the post against Blue Team forward Hunter Mickelson during the Late Night in the Phog scrimmage on Friday, Oct. 10, 2014 at Allen Fieldhouse.

Co-Big 12 Preseason Freshman of the Year Cliff Alexander has made steady progress during Kansas University’s practice sessions the past several weeks.By Gary Bedore

Column: Alexander doesn't have to be great, but freshman headed that direction

Kansas University freshman center Cliff Alexander didn’t have a baby hook shot until Bill Self taught him one in Lawrence. Now he looks as if he has had it his whole life. By Tom Keegan