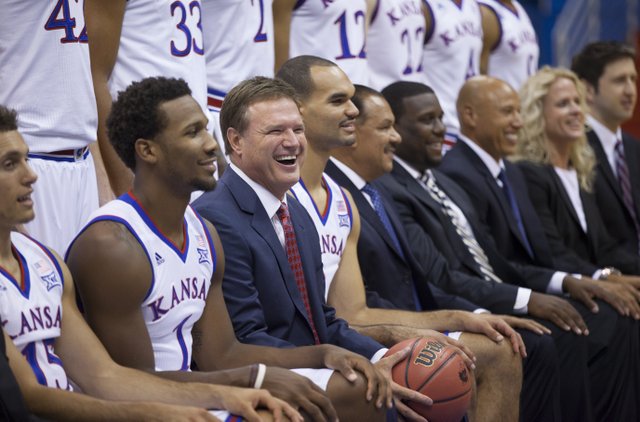 Kansas head coach Bill Self laughs with his players as they shoot the team portrait during Kansas basketball Media Day on Thursday, Oct. 1, 2014.

Here’s a quick look at seven things to expect from KU basketball media day 2016, which will take place Thursday, Oct. 13 at Allen Fieldhouse and feature input and insight from every player on KU's roster and, of course, Kansas coach Bill Self. By Matt Tait

Self pleased with 1st practice

Kansas University’s basketball players were in no hurry to head home after Friday’s rousing three-hour practice — the first official practice of the 2014-15 season in accordance with NCAA rules. By Gary Bedore