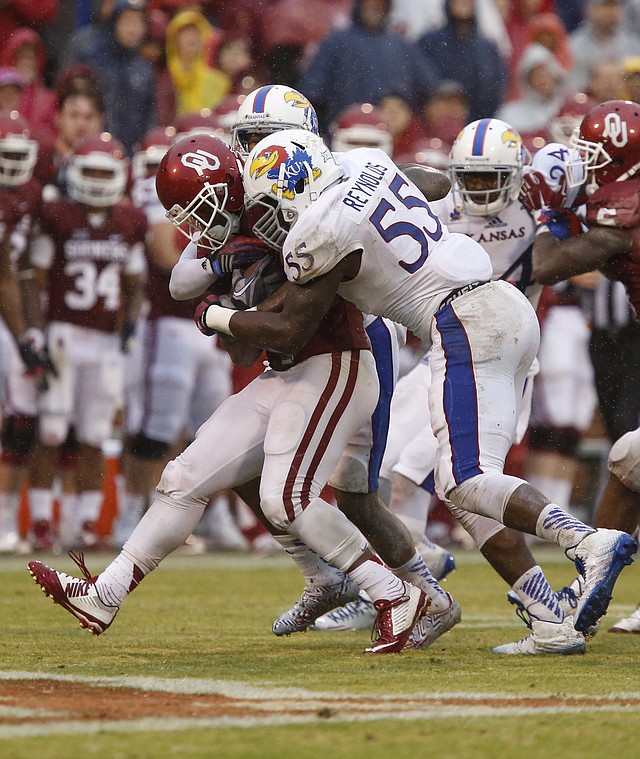 Kansas linebacker Michael Reynolds (55) tries to drag down Oklahoma running back Samaje Perine (32) during the third quarter on Saturday, Nov. 22, 2014 at Memorial Stadium in Norman, Oklahoma.

It didn’t take Oklahoma football coach Bob Stoops long to realize he had someone really special in freshman running back Samaje Perine. By Tom Keegan

As if Kansas University’s football team hasn’t had enough issues winning away from Lawrence, the Jayhawks found it to be an impossible task once again Saturday afternoon at Gaylord Family Memorial Stadium, in Norman, Oklahoma, where true freshman running back Samaje Perine set a new FBS single-game record, with 427 rushing yards on 34 carries.