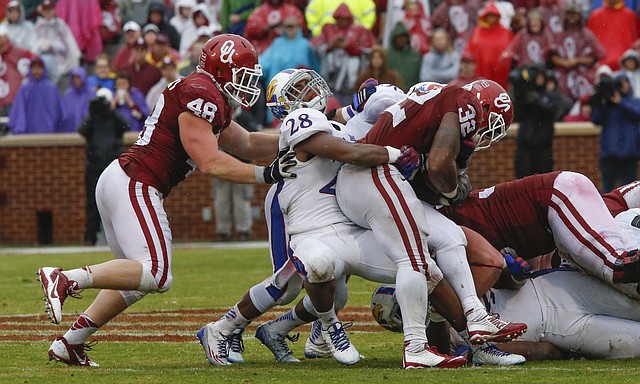 Kansas linebacker Courtney Arnick (28) tries to pull down Oklahoma running back Samaje Perine (32) during the second quarter on Saturday, Nov. 22, 2014 at Memorial Stadium in Norman, Oklahoma.

Had it not been for Kansas University safety Fish Smithson hustling from one side of the field to the other on a dreary day in Norman, Oklahoma, last November, OU running back Samaje Perine’s NCAA single-game rushing record of 427 yards might be even higher. By Matt Tait