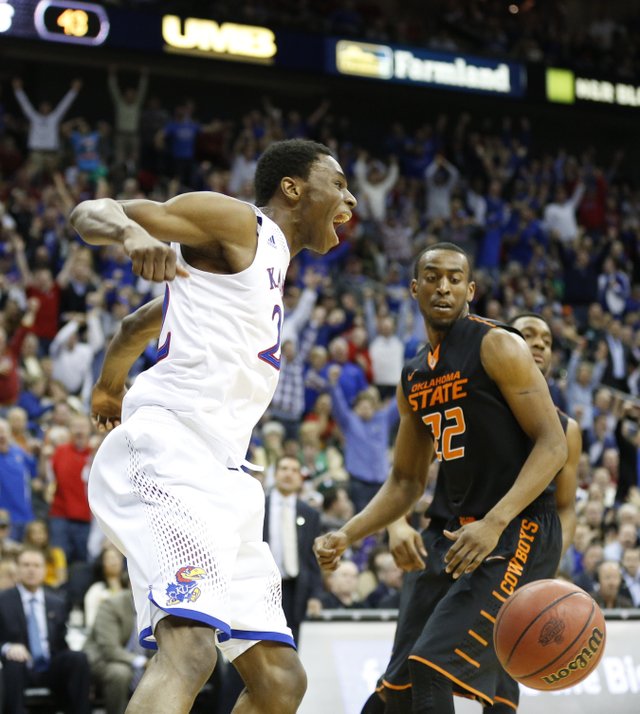 Kansas guard Andrew Wiggins celebrates after a lob dunk before Oklahoma State guard Markel Brown during the second half on Thursday, March 13, 2014 at Sprint Center in Kansas City, Missouri.

No doubt: Andrew Wiggins explodes for 30 points in OT win over Oklahoma State

Andrew Wiggins has sensed some gloom and doom — outside of Kansas University’s basketball locker room — regarding the Jayhawks’ chances of making a deep run in the NCAA Tournament without injured big man Joel Embiid. The freshman scored 30 points off 9-of-17 shooting to prove KU can win without its starting center. By Gary Bedore