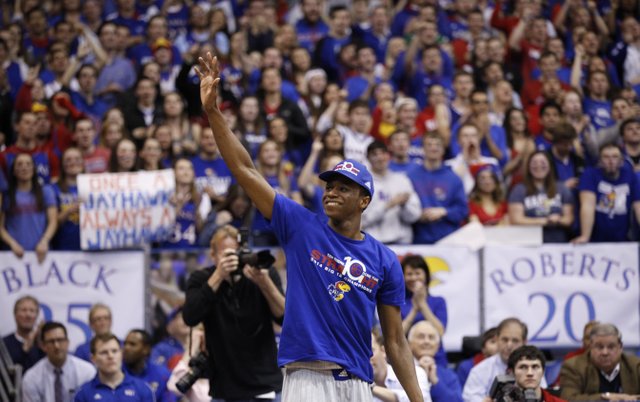 Kansas University freshman guard Andrew Wiggins was a unanimous selection for first-team All-Big 12 and also was named conference freshman of the year by the league coaches on Sunday. Wiggins, a 6-foot-8 guard from Ontario, Canada, also made the all-newcomer team, but was not tapped the league player of the year. That honor went to Iowa State’s Melvin Ejim. By Gary Bedore

Kansas University one-and-done freshman Andrew Wiggins didn’t speak to the fans after his final game in Allen Fieldhouse. But the Canadian sensation was implored to stand up after Wednesday’s 82-57 victory over Texas Tech — before the senior speeches — by coach Bill Self. By Gary Bedore