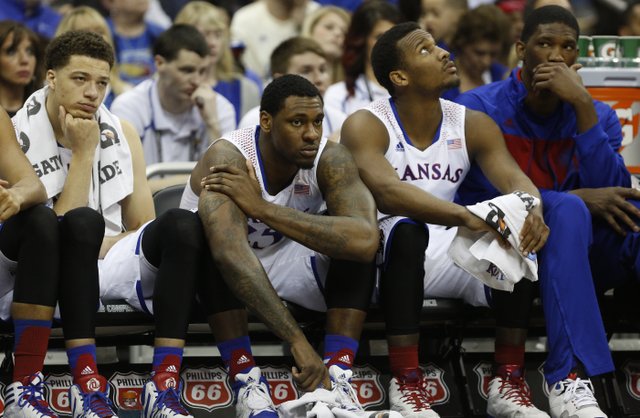 Kansas players Brannen Greene, left, Tarik Black, Wayne Selden, and Joel Embiid, sit quietly on the Jayhawks' bench as Iowa State begins to pull away in the second half on Friday, March 14, 2014 at Sprint Center in Kansas City, Missouri.

Soft-spoken Perry Ellis issued a stern warning to his Kansas University basketball teammates after Friday’s 94-83 loss to Iowa State in a Big 12 tournament semifinal in Sprint Center. By Gary Bedore