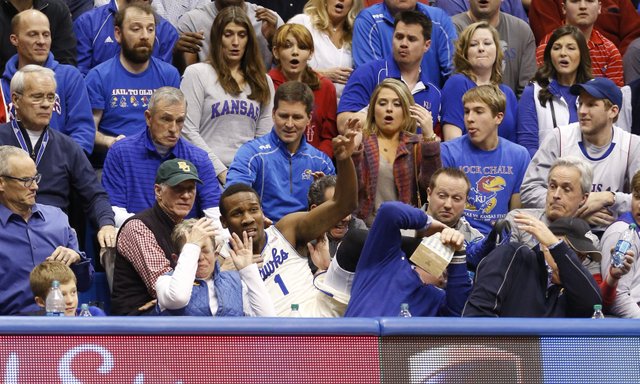 Self: Selden’s toughness on save ‘contagious’

The scoreboard isn’t always the best indicator of which team will win a game, a series, a championship. Wayne Selden, a 6-foot-5, 230-pound freshman guard from Roxbury, Mass., saw the ball flying out of bounds Monday night at Allen Field House and ran after it. Thinking quickly, he went in the air to save it. By Tom Keegan