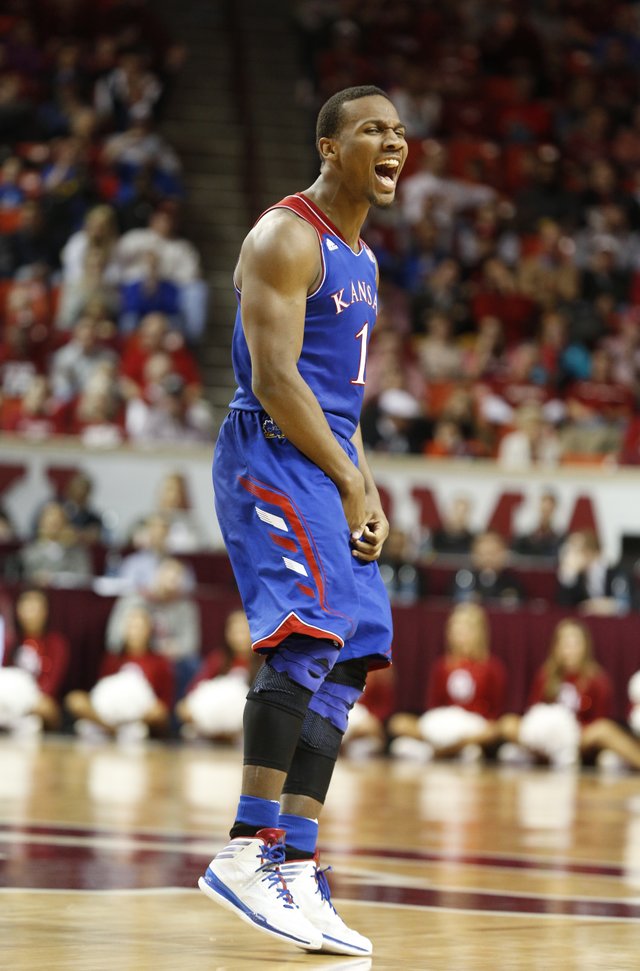 Kansas guard Wayne Selden lets out a roar after a three-pointer against Oklahoma during the second half on Wednesday, Jan. 8, 2013 at Lloyd Noble Center in Norman, Oklahoma.

Kansas University basketball coach Bill Self chose Wednesday’s day-of-the-Oklahoma game shoot-around to tell one of his prize freshmen, guard Wayne Selden, to look for his shot more in games. Selden's career-high 24 points led the Jayhawks in a 90-83 win at Oklahoma. By Gary Bedore