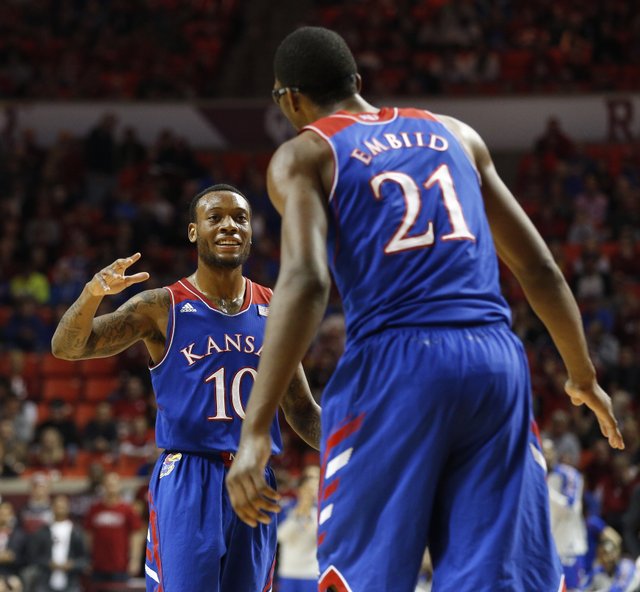 Kansas guard Naadir Tharpe looks to slap hands with center Joel Embiid after an Oklahoma foul during the first half on Wednesday, Jan. 8, 2013 at Lloyd Noble Center in Norman, Oklahoma.

The U.S. Basketball Writers Association has selected Kansas University junior guard Naadir Tharpe as its Oscar Robertson National Player of the Week and his teammate, freshman center Joel Embiid, as the Wayman Tisdale National Freshman of the Week for games ending the week of Jan. 19.

Kansas University teammates Naadir Tharpe and Joel Embiid have been named the Big 12 Player and Newcomer of the Week after the Jayhawks' victories against two top-10 opponents last week.