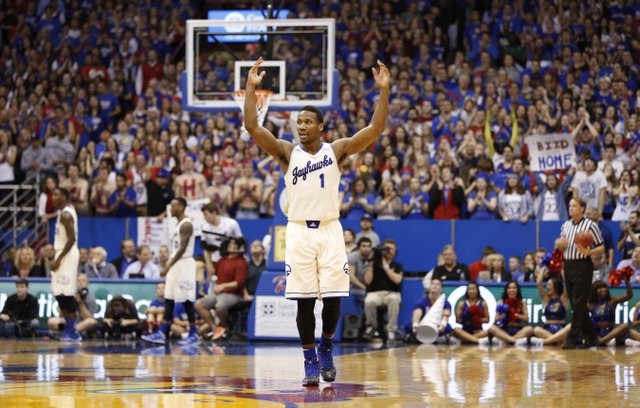 Kansas guard Wayne Selden raises up the fieldhouse during a Jayhawk run against Texas on Saturday, Feb. 22, 2014 at Allen Fieldhouse.

This Kansas University basketball team has four more McDonald’s All-Americans on the roster than it had when the Jayhawks reached the 2012 national-title game.

An honorable mention All-Big 12 selection as a mere freshman, Wayne Selden Jr. just might make the preseason all-conference team this October. “Just be a better player than last year, that’s my biggest goal, to be a more productive player than I was last year,” Selden said Thursday at Cole Aldrich's basketball camp. By Gary Bedore

Self: Selden shouldn't be overlooked

Wayne Selden doesn’t receive as much acclaim as say, Andrew Wiggins or Joel Embiid, but he’s also having a stellar freshman year, according to Kansas University coach Bill Self. By Gary Bedore