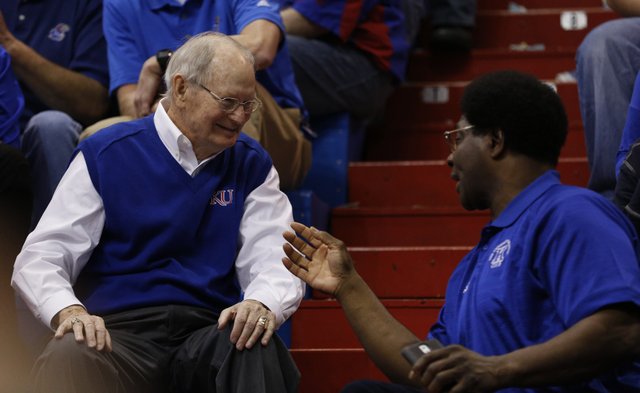 Former Kansas head coach Ted Owens chats it up with former player Tommie Smith on Saturday, Feb. 8, 2014 at Allen Fieldhouse. Owens' 1974 Final Four team was honored during the first half of Saturday's game.

Kansas University’s basketball team has played Duke two of the past four seasons, splitting a pair of games while trailing the all-time series, 7-3. Games against Wisconsin, the Blue Devils’ opponent in tonight’s NCAA championship game (8 p.m., Lucas Oil Stadium, Indianapolis) have not been nearly as frequent. By Gary Bedore

Kansas University’s Allen Fieldhouse has changed quite a bit since Ted Owens patrolled the home team’s basketball bench from 1964 to 1983. By Gary Bedore