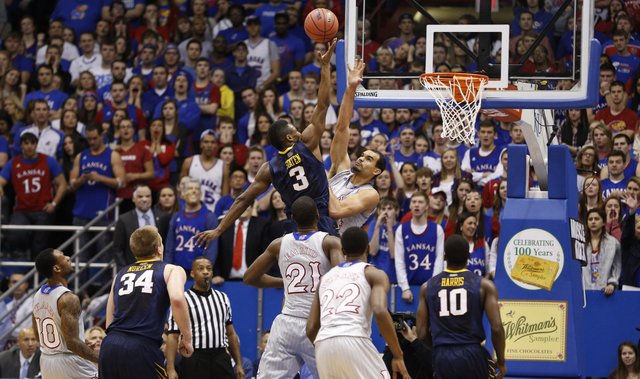 Kansas forward Perry Ellis defends as West Virginia guard Juwan Staten puts up a shot during the first half on Saturday, Feb. 8, 2014 at Allen Fieldhouse.