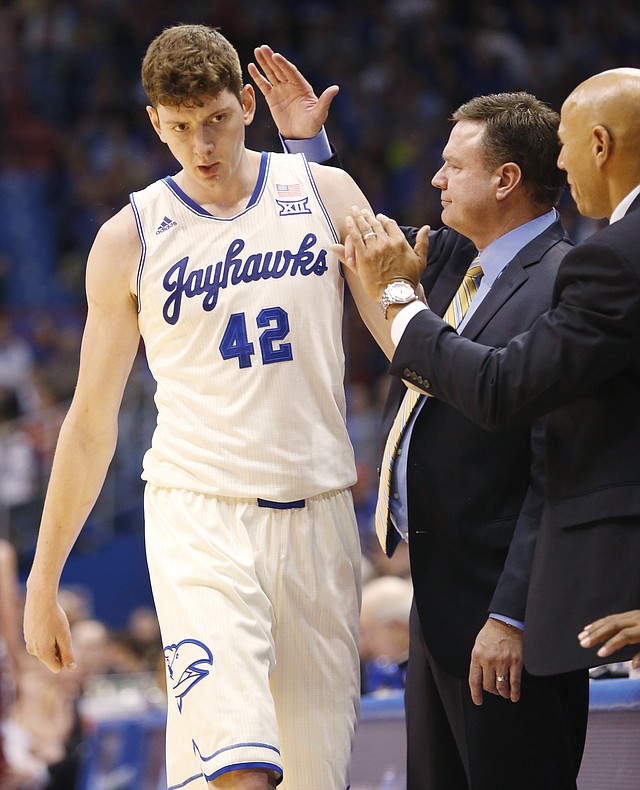 An encouraging development with this gritty Kansas University basketball team bubbles beneath the surface of concerns regarding Perry Ellis’ knee injury and the in-limbo eligibility status of freshman center Cliff Alexander.

One of Kansas University’s best big men in practice the last 10 days has been a guy who, until Saturday, had played the least amount of minutes in games. He’s Arkansas transfer Hunter Mickelson, who after logging one minute in the last five contests and 14 minutes in five games all season, erupted for eight points, seven rebounds and two blocks in 17 minutes in Saturday’s 96-69 rout of Lafayette in Allen Fieldhouse. By Gary Bedore