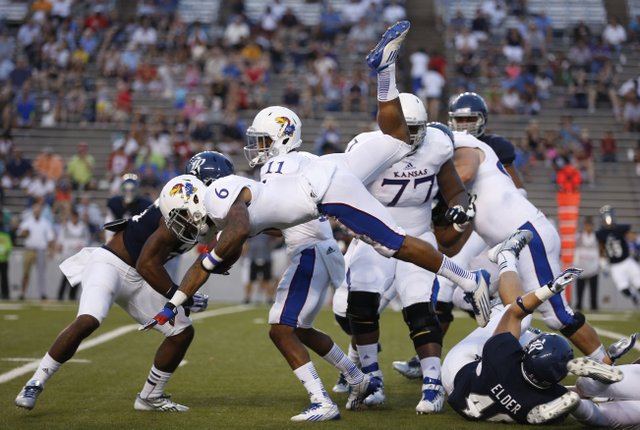 Kansas running back Darrian Miller is upended by Rice linebacker Nick Elder during the second quarter on Saturday, Sept. 14, 2013 at Rice Stadium in Houston, Texas.

Kansas University football coach Charlie Weis is still trying to pinpoint the five best players to make up KU's offensive line. After back-to-back games in which the Jayhawks were handled up front, Weis said toughness would go a long way toward determining which guys get the most snaps the rest of the way. By Matt Tait