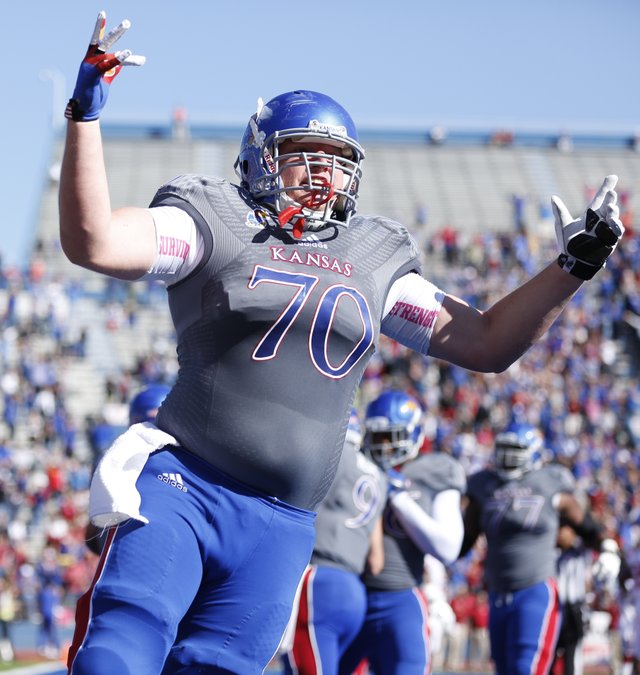 It’s a bit of a leap to connect what happens at a school desk with an open math book to the rugged goings-on along the offensive line, but for this year’s Kansas University football team, familiarity in one area helped fix another back in early October. By Matt Tait

Shortly after he received word that he would become Kansas University’s new starting center a few weeks ago, Gavin Howard texted his best friend to brag a little. By Jesse Newell