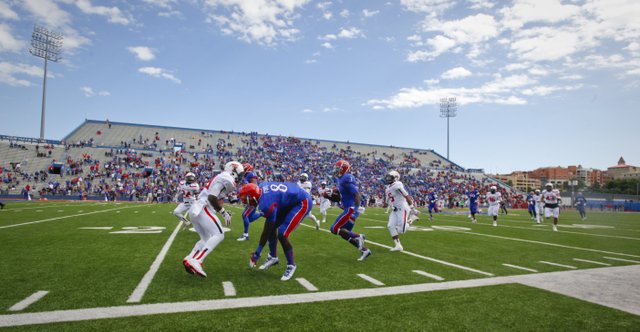 Kansas running back Tony Pierson tears up the sideline on a long carry against Texas Tech during the third quarter on Saturday, Oct. 5, 2013 at Memorial Stadium. Pierson was injured on the play and left the game following. He was later seen on the sidelines in street clothes.