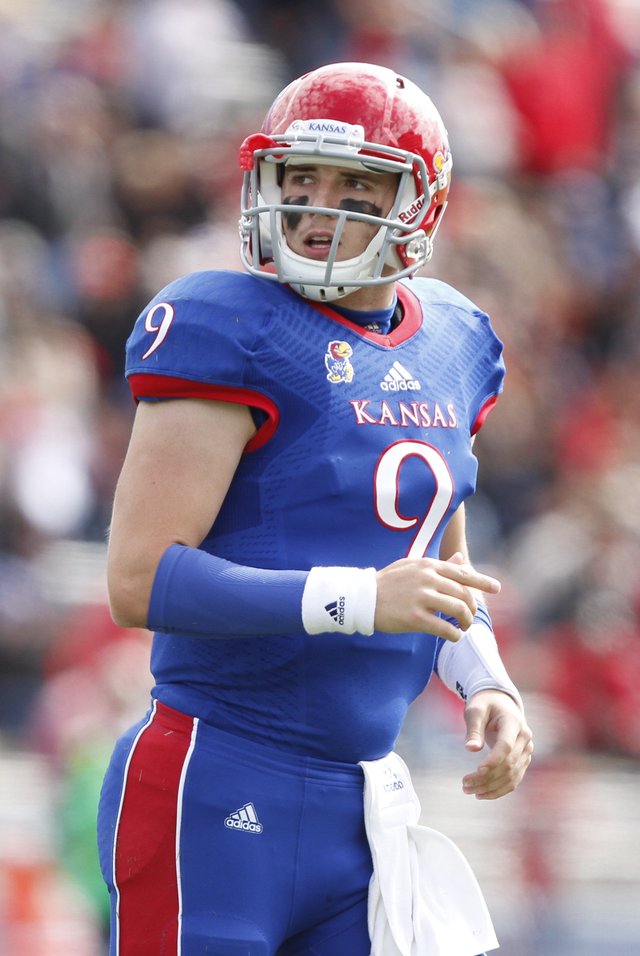 Kansas quarterback Jake Heaps looks at the scoreboard after coming off the field against Texas Tech during the third quarter on Saturday, Oct. 5, 2013 at Memorial Stadium.

Radio reports from Utah and a Tweet from ESPN.com's Brett McMurphy have indicated that Kansas University quarterback Jake Heaps is transferring. However, KU coach Charlie Weis, through a KU spokesperson, said that Heaps was at a team meeting early Tuesday evening and was still listed on the KU roster.

If there’s such a thing as trying too hard, Kansas University quarterback Jake Heaps may be doing it. The former BYU quarterback, who took the reins of KU’s offense this offseason after sitting out 2012, has been up-and-down during his first five games as KU’s starter, a stretch in which the Kansas offense averaged 18 points and 305 yards per game. By Matt Tait