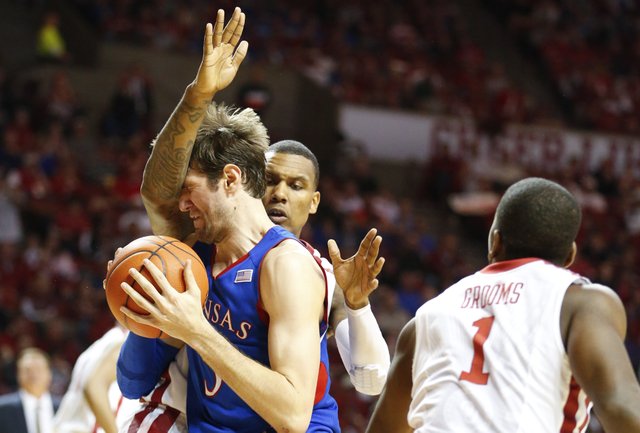 Kansas center Jeff Withey hits a wall as he tries to make a move against Oklahoma forward Romero Osby during the second half on Saturday, Feb. 9, 2013 at Noble Center in Norman, Oklahoma.

Notebook: Jeff Withey ties KU blocks record; Bill Self not panicking about being behind in league race