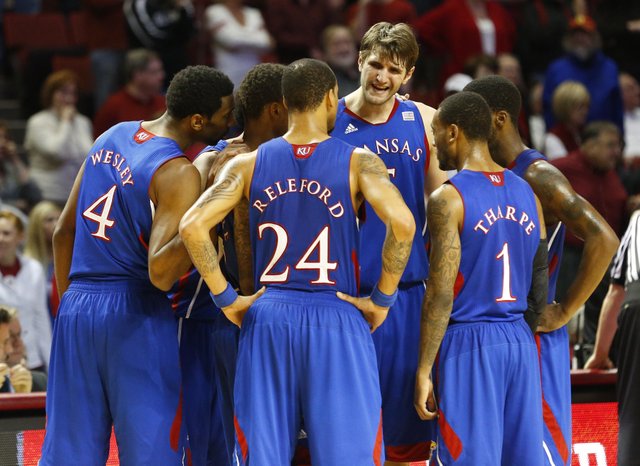 Kansas center Jeff Withey talks to his teammates with seconds left and the game out of reach on Saturday, Feb. 9, 2013 at Noble Center in Norman, Oklahoma.

The Kansas men's basketball team fell nine spots to No. 14 in the latest Associated Press college basketball poll and eight spots to No. 13 in the USA Today coaches poll. Both rankings were released Monday.

Opinion: This KU loss looks, sounds different than others

Though Kansas lost Saturday, it looked a lot closer to the version of itself that was successful earlier in the year, Journal-World sports editor Tom Keegan writes.• Box score• Bill Self postgame audio