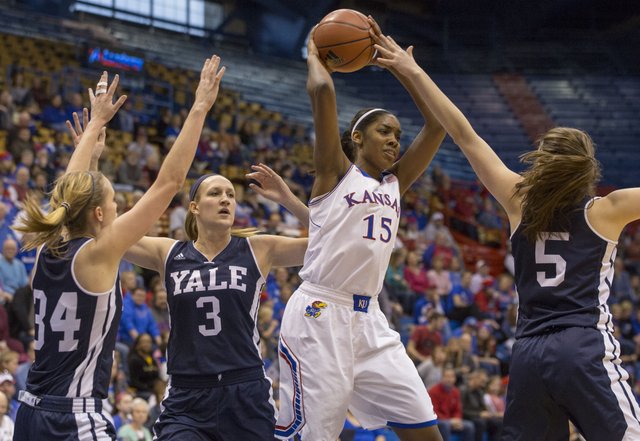 Kansas junior forward Chelsea Gardner (15) looks for a teammate as a Yale triple team by Janna Graf (34), Emmy Allen (3) and Katie Werner (5) collapses around her during their game, Sunday at Allen Fieldhouse.

After a one-game absence from the starting lineup, Kansas University junior forward Chelsea Gardner is back on track to hear her name called during introductions at 7 tonight, when the KU women’s basketball team opens Big 12 play against West Virginia. By Matt Tait