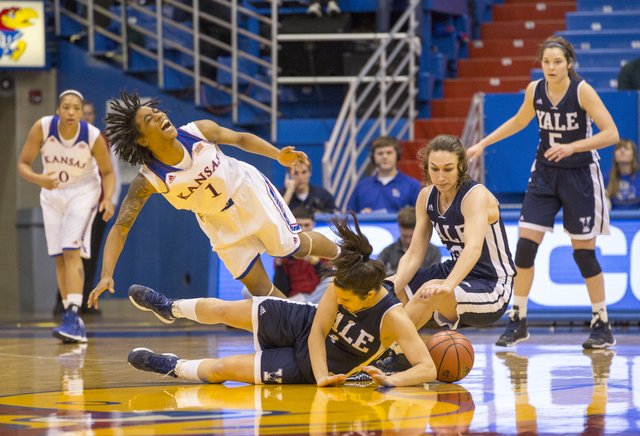 Kansas University women’s basketball coach Bonnie Henrickson assigned her team to read the book “Toughness” by ESPN’s Jay Bilas over winter break, but despite Kansas’ 79-63 victory Sunday against Yale at Allen Fieldhouse, she feels the Jayhawks still have some homework to do. By Chris Duderstadt