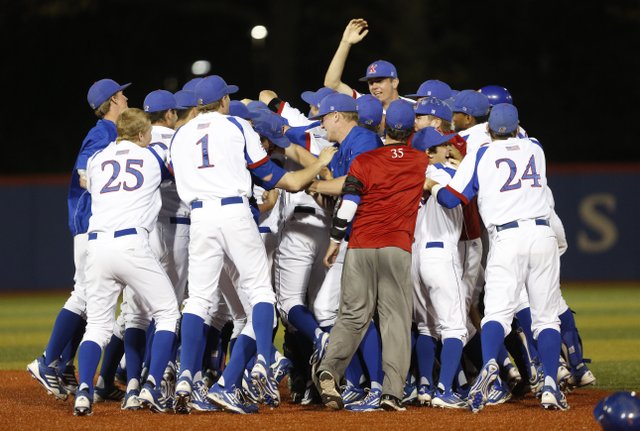 A baseball game pitting nonconference rivals Wichita State and Kansas University offered a little bit of everything Tuesday night at Hoglund Ballpark — everything except runs for the first 10 innings. By Tom Keegan