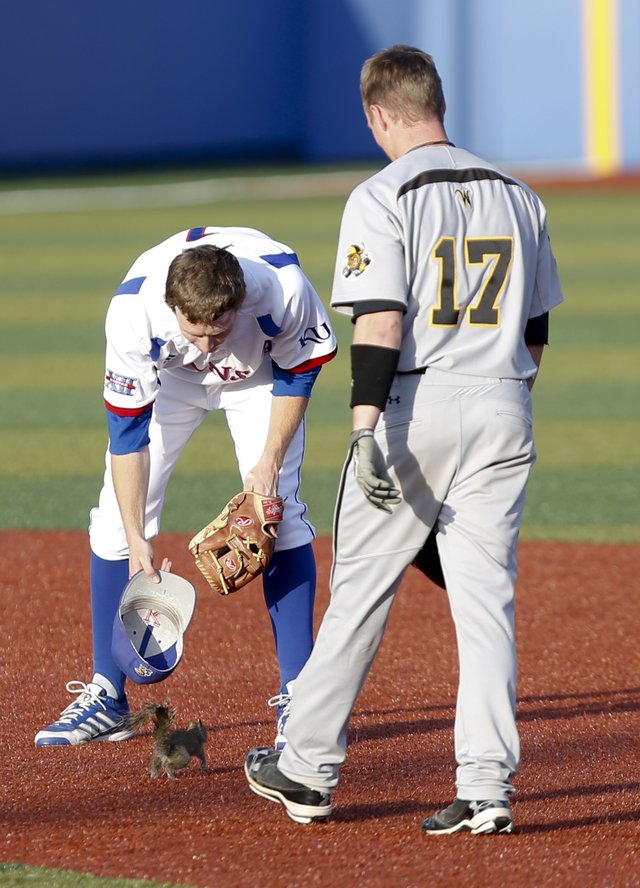 Kansas shortstop Kevin Kuntz and Wichita State runner Tyler Baker get after a runaway squirrel that made it on the field during the fourth inning, Tuesday, April 30, 2013 at Hoglund Ballpark. Baker was able to scoop up the squirrel with his helmet and deposit it safely outside the stadium. Nick Krug/Journal-World Photo