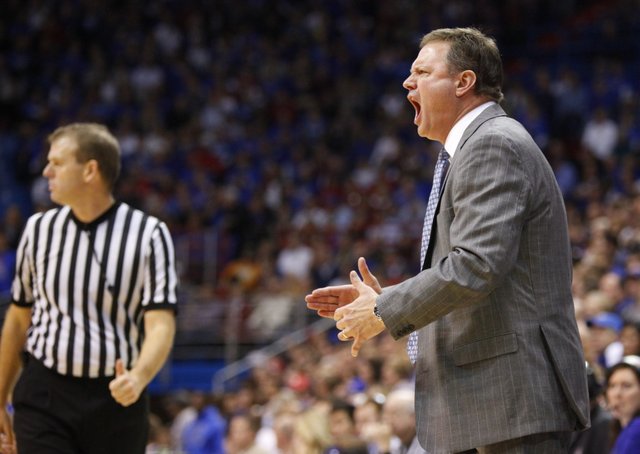 Kansas head coach Bill Self yells at his players to get it together after a near turnover against San Jose State during the second half on Monday, Nov. 26, 2012 at Allen Fieldhouse.

Opinion: Bill Self not happy with team's guard play