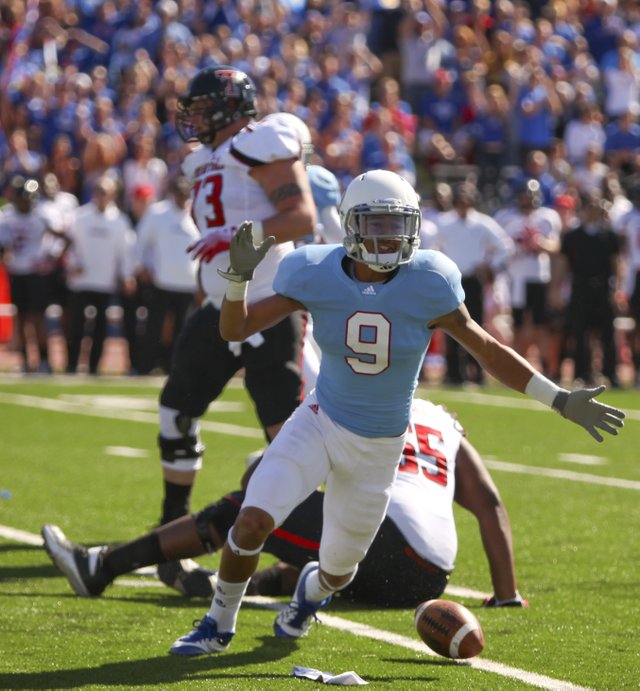 Kansas safety Keeston Terry celebrates his interception against Texas Tech during the first quarter on Saturday, Oct. 1, 2011 at Kivisto Field.

A little more than 24 hours after watching his team squander a 20-0 lead and drop its second straight game, Kansas University football coach Turner Gill made a bold statement. “I do believe that our defense did play better than what they had played,” Gill said.