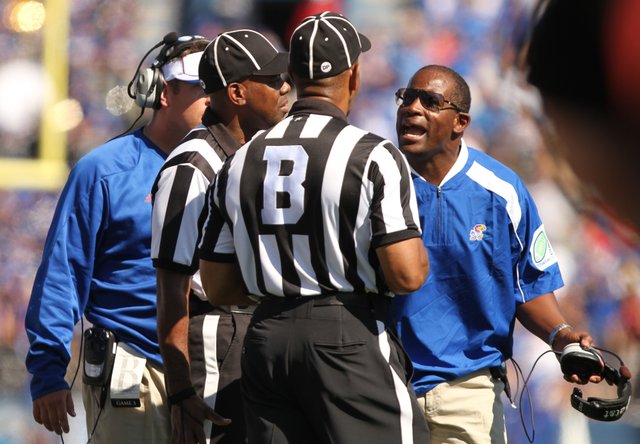 Kansas head coach Turner Gill has words for the officiating crew after a play in which tight end Tim Biere dropped a pass that was recovered for a KU touchdown during the first quarter on Saturday, Oct. 1, 2011 at Kivisto Field.

From the outside, it’s growing more difficult to believe in the one-word motto preferred by Kansas University football coach Turner Gill: Believe.