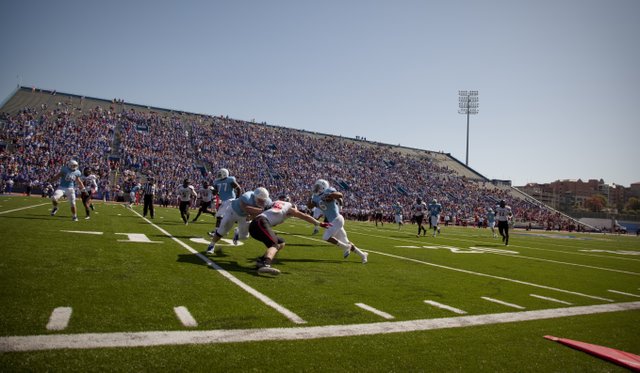 Kansas offensive lineman Trevor Marongelli (69) delivers a block to clear the way for a touchdown run from running back Rell Lewis (6) against Texas Tech during the second quarter on Saturday, Oct. 1, 2011 at Kivisto Field.

Game will be televised on ESPN2

The Kansas football team's home game against Oklahoma on Oct. 15 will kick off at 8:15 p.m., the Big 12 announced Monday.