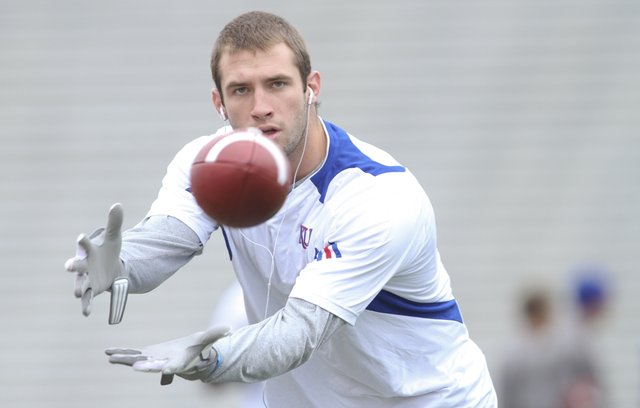 Kansas receiver Kale Pick warms up prior to kickoff against Baylor on Saturday, Nov. 12, 2011 at Kivisto Field.

Kale Pick, 27, spent the past season as Fort Scott’s offensive coordinator and was promoted to head coach Wednesday night.

Former KU teammates: Pick should catch on quick as coach

Kale Pick, a Dodge City native and former Kansas University wide receiver, officially joined KU football coach Charlie Weis’ staff as a graduate assistant on Monday. Those who called Pick a teammate during recent years believe he will bring a lot to the Jayhawks’ passing game. By Matt Tait

Kale Pick, who graduated from KU in December of 2012 with a degree in psychology, has been added to head coach Charlie Weis' coaching staff, school officials announced Monday.