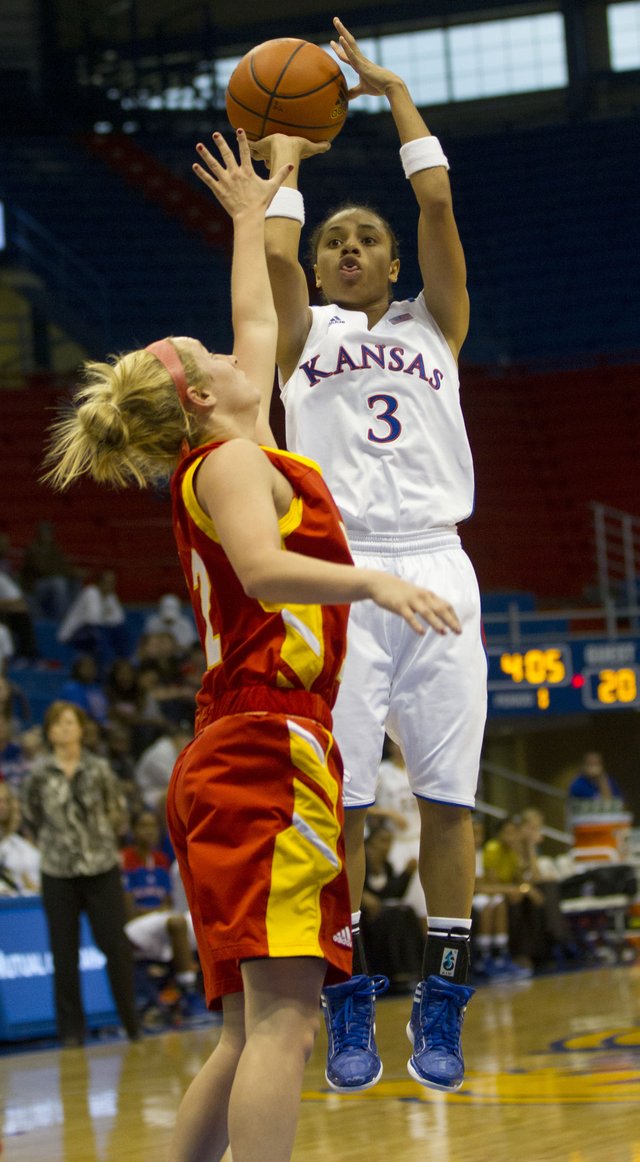 Shoot-first, injury-free Angel Goodrich does it all for KU women

The Iowa State Cyclones were barely guarding her. It was March 1, 2011, and whenever Kansas guard Angel Goodrich had the ball on the perimeter, her defender was a few feet away, just daring her to take a three-point shot.