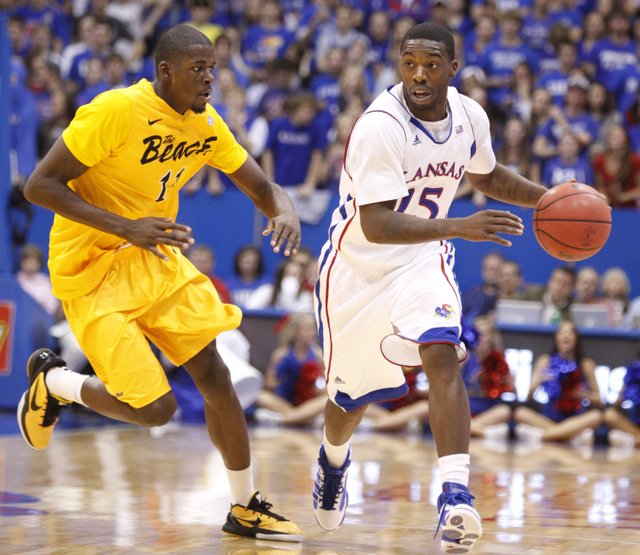 Kansas guard Elijah Johnson looks to push the ball up the court as he is defended by Long Beach State forward James Ennis during the first half on Tuesday, Dec. 6, 2011 at Allen Fieldhouse.

It’s business as usual for Kansas University coach Bill Self’s powerhouse basketball program. Last season's top scorers are gone and his team is a bona fide threat to make it to the Final Four. Journal-World sports editor Tom Keegan tries to predict where the points will come from.

The statistics support Kansas University basketball coach Bill Self when he refers to the 2011-12 Jayhawks as the “worst passing team” he’s ever seen.