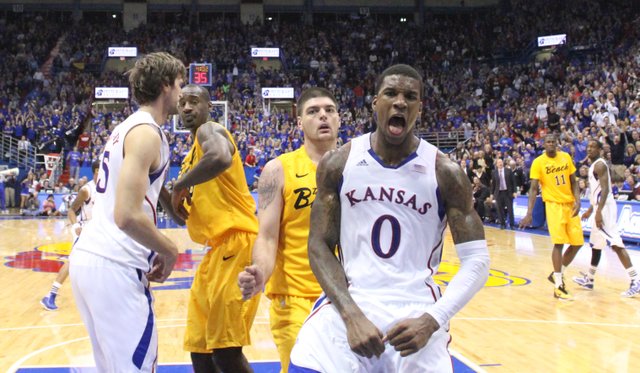 Kansas forward Thomas Robinson celebrates for the television cameras after a put-back dunk against Long Beach State during the second half Tuesday, Dec. 6, 2011 at Allen Fieldhouse.

Kansas forward Thomas Robinson was selected as the Oscar Robertson national player of the week by the U.S. Basketball Writers Association for games ending the week of Dec. 11.

Not great late: KU’s carelessness has Bill Self steaming

Sure, it was great that Thomas Robinson scored a career-high 26 points and dandy that Jeff Withey nearly recorded a triple-double with 13 points, 13 rebounds and nine blocks.