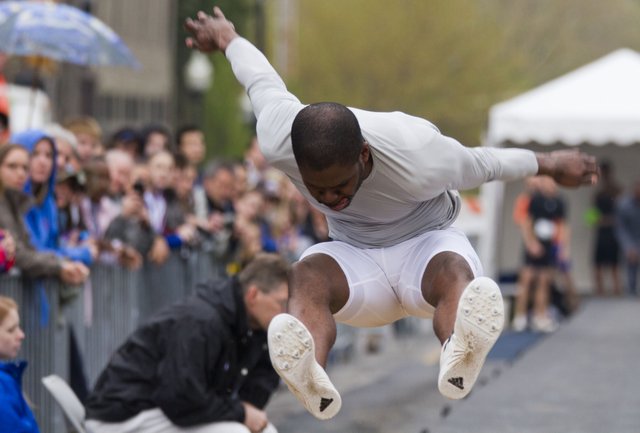 Fans stood two rows deep to the left and right of University of Nebraska senior Nicholas Gordon. They clapped rhythmically as the Jamaican track and field sensation took off down the makeshift long-jump runway Thursday night in downtown Lawrence.