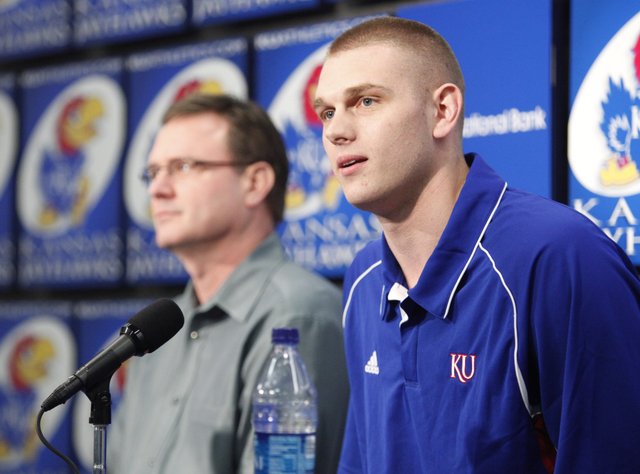 Self has heard good reports on Aldrich, Henry, Collins

Kansas University basketball coach Bill Self, who is well connected in NBA circles, has been briefed on KU’s three entries in the 2010 NBA Draft.

Walt Aldrich was watching highlights of his son’s news conference Monday afternoon in his home in Bloomington, Minn., when his beeper went off.