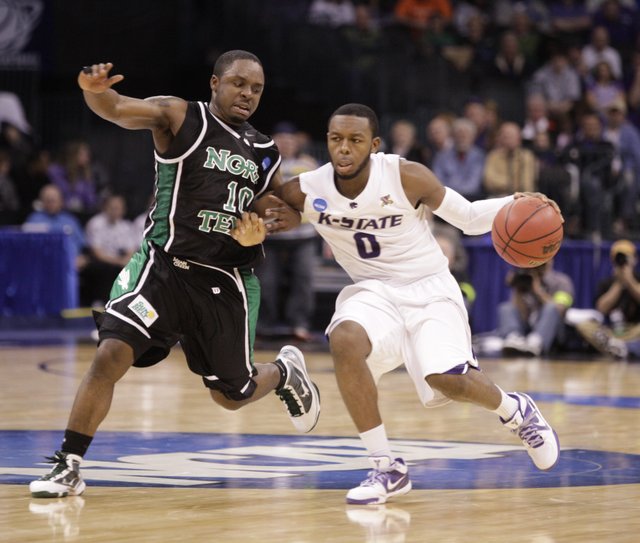 Kansas State guard Jacob Pullen drives up the court against North Texas guard Josh White during the second half Thursday, March 18, 2010 at the Ford Center in Oklahoma City.

Kansas State went over the scouting report and stretched, sat down, then stretched again. As the game before theirs ran into overtime, then a second, the Wildcats weren't sure what to do, the nervousness building with each passing minute.