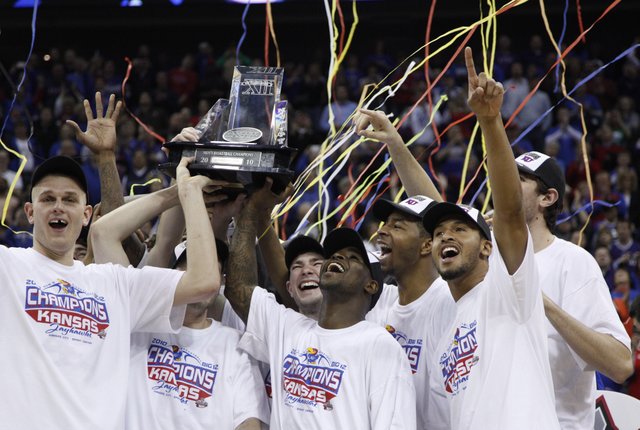 Confetti pours over the Kansas Jayhawks as they hoist the Big 12 Tournament trophy after defeating Kansas State 72-64 Saturday in Kansas City, Mo.

Very little official business took place on Monday, but that’s all it took.

FINAL: Kings of the Big 12! KU takes conference title with 72-64 victory over KSU

Marcus Morris scored 18 points, while Tyrel Reed added 15 as the Jayhawks defeated the Wildcats for the third time this season. Collins was named the tournament MVP.

I'm a major fan of Cole's but this picture with him is down right funny!!!!!!! Way to go Jayhawks!!!! There's one more trophy that needs to be taken this year. ROCK CHALK JAYHAWK!!!!!!!!