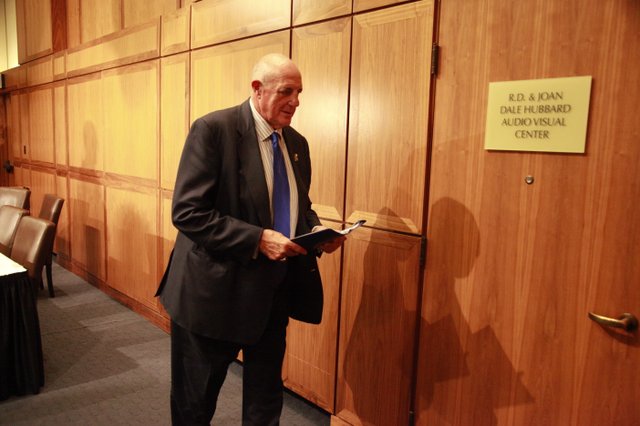 KU Athletic Director Lew Perkins was the last to leave a press conference at the Robert J. Dole Institute of Politics on Thursday May 26, 2010. He and other KU officials and investigators talks about alleged violations in KU's ticket office that led to the diversion of $1 million or more from the university. Six employees were blamed and are no longer with the university.

Absent from the final three days of the Big 12's spring meetings in Kansas City, Mo., Kansas University athletic director Lew Perkins on Friday afternoon provided his thoughts on the discussions that took place throughout the week.

A former sports medicine director at Kansas University claims that athletic director Lew Perkins helped two business owners get premium tickets to men’s basketball games after they gave him $35,000 worth of exercise equipment to use in his home, The Topeka Capital-Journal reported Monday.

Director Lew Perkins needs to open up his eyes

Wednesday morning broke with a report from yahoo.com that revealed David Freeman started singing about the origins of the ticket scandal back in 2006 to a reporter now working for Yahoo.

Biggest, longest lasting impact of ticket scandal at Kansas University may have very little to do with tickets

When a scandal hits an athletics department at a major university, its impact is wide-ranging and can affect many different stakeholders of a university, observers say.

More than $1 million worth of KU basketball, football tickets involved in ticket scam