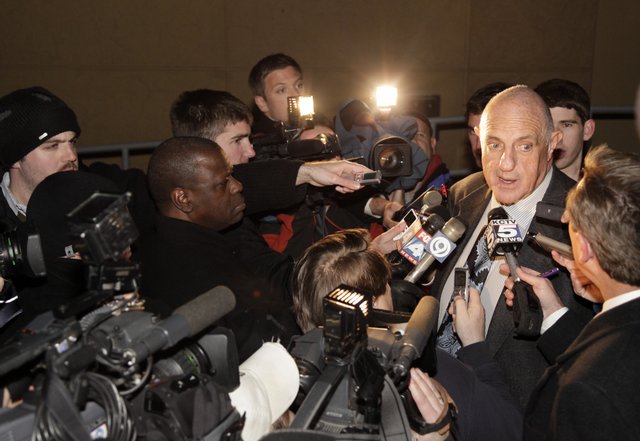 Kansas University athletic director Lew Perkins talks with media members outside the Anderson Family Football Complex on Thursday as he answers questions regarding the resignation of head coach Mark Mangino.

Amid Harbaugh reports, KU A.D. says he has not offered the job to anyone

By mid-day Friday, the word around town (and Internet sites and radio and multiple news stations) was that Stanford coach Jim Harbaugh had pretty much been signed, sealed and delivered as the new coach of the Kansas University football team. The only problem was, according to the man leading KU’s ongoing search for a new coach, none of it was backed by any kind of truth.

KU declines to release details of Mangino's settlement agreement for now, says deal is not finalized

Kansas University football coach Mark Mangino, whose future with the school has been the subject of much speculation over the past three weeks, resigned Thursday night.