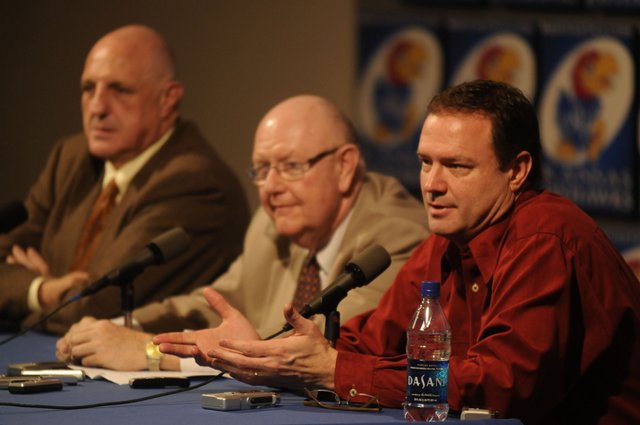 Kansas coach Bill Self, right, speaks at a news conference Thursday at Hadl Auditorium about his intentions to stay with the Jayhawks. An agreement on a new contract has been made in principle, though the details of Self's extension haven't been announced. At middle is Kansas University Chancellor Robert Hemenway, and at left is KU athletic director Lew Perkins.

Self turns down alma mater, citing Kansas as new home

During his days as a point guard at Oklahoma State University, Bill Self began to dream of someday being named head basketball coach at his alma mater.