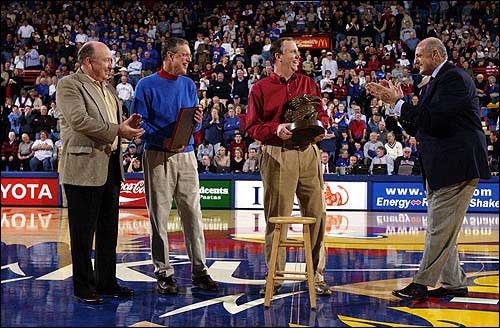 A new Hall of Athletics and a renovations to Allen Fieldhouse are on tap at Kansas University with a $12 million gift from the Ward family of Russell Stover Candies and a group of anonymous donors. The gift was announced Saturday at halftime of the KU-Texas Tech basketball game. Tom Ward (in red) is applauded by, from left, KU associate athletic director John Hadl, K Club president Harry Gibson and KU athletic director Lew Perkins.