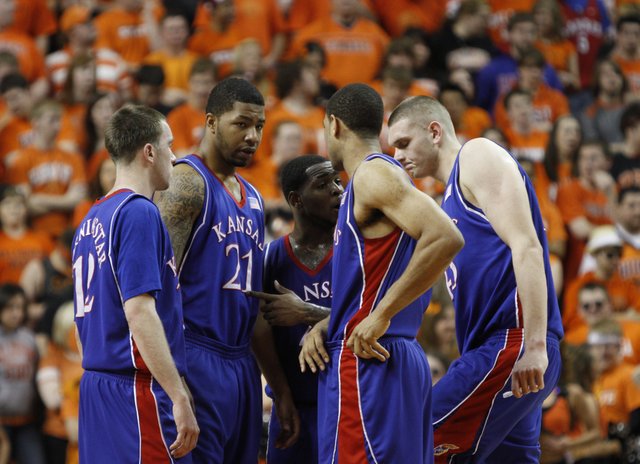 Three former Kansas University basketball players are holding a reunion of sorts in the Windy City this week.

Chief concern: Self troubled by Jayhawks’ inconsistency this season

Bill Self and his wife, Cindy, spent some quality time together in front of the TV over the weekend, not watching the Academy Awards, but re-runs of a special basketball team — the 2008 national champion Kansas Jayhawks.