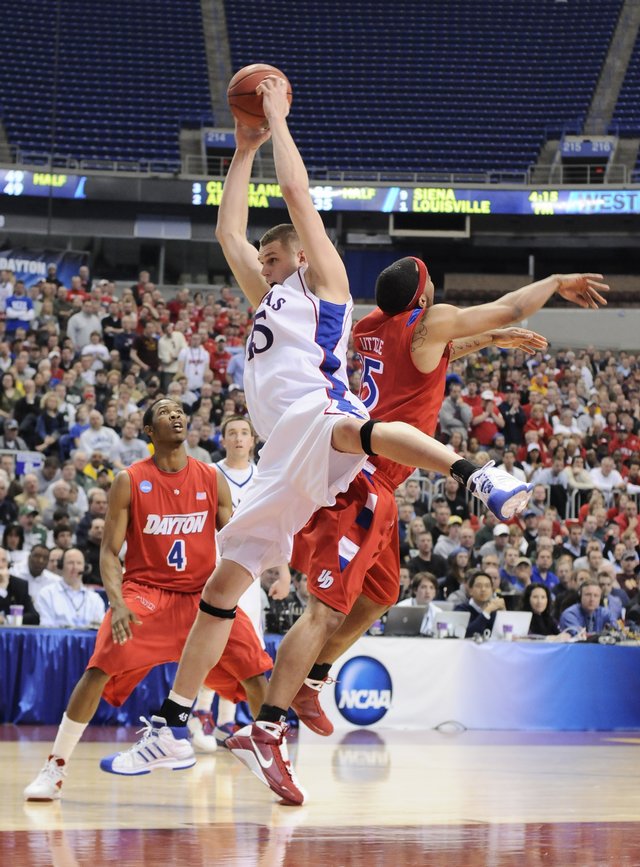 Kansas center Cole Aldrich pulls in a pass over Dayton forward Charles Little during the second half Sunday March 22, 2009 at the Metrodome in Minneapolis.

Flyers in awe of mountainous Aldrich

One of Dayton’s greatest strengths this season had been attacking the basket. It didn’t work Sunday against Kansas University and center Cole Aldrich. “You get past the first guy and you look up and there is a mountain in the middle of the lane,” Dayton forward Charles Little said after his team’s 60-43 loss. Aldrich recorded 10 blocks against the Flyers, which tied for the second-most in NCAA Tournament history.