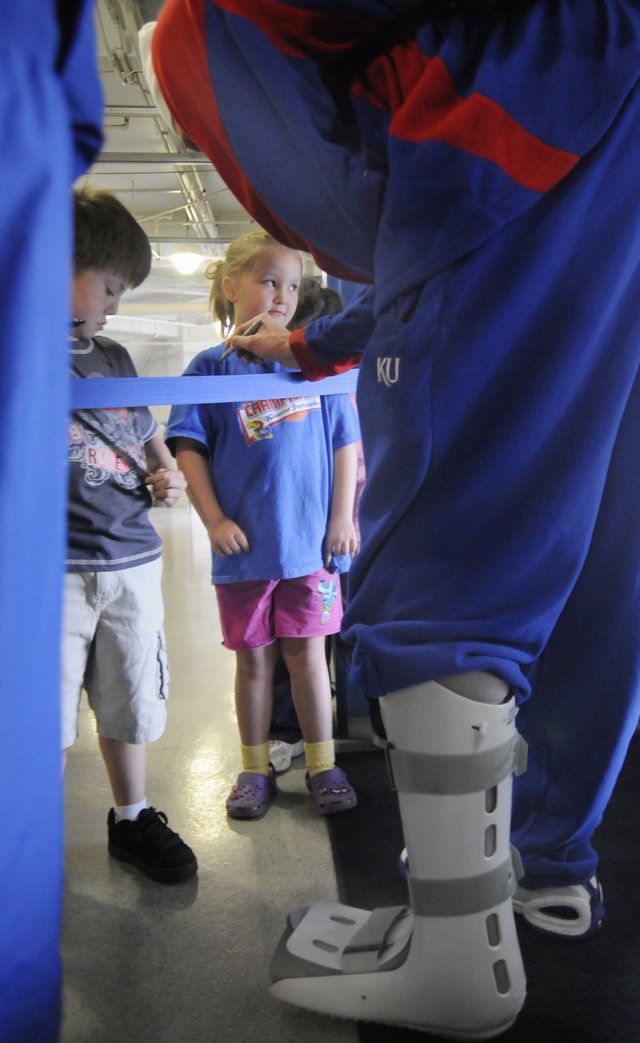 KU men's basketball player Cole Aldrich, wearing a protective boot on his left foot, reaches down to sign the shirt of Tabitha Peters, 6, at Allen Fieldhouse. At left, Jordan Adkins, 6, tries to read the autograph Aldrich wrote on his shirt. Fans sent off the team before it boarded a bus headed to Minnesota for the first round of the NCAA tournament on Wednesday, March 18, 2009.