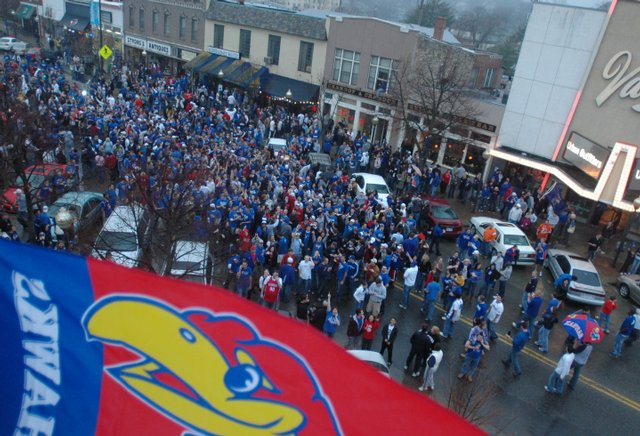 A Kansas University banner is unfurled above a large crowd of fans outside The Granada, 1020 Mass., after KU's victory. KU men's basketball team defeated Davidson 59-57 in the NCAA tournament to advance to the Final Four, where the team will face the University of North Carolina on Saturday in San Antonio.