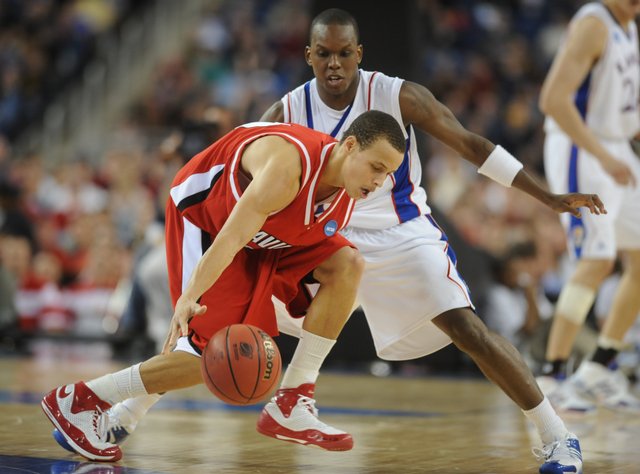 Kansas men’s basketball coach Bill Self is more of a look-forward type of person than he is one who spends time reflecting on the past. But, with Davidson and Kansas facing off at 6 p.m. Saturday at Sprint Center in Kansas City, Missouri, and Self’s tie to the Wildcats (5-3) representing a special time in his career, the Kansas coach was asked to take a trip down memory lane earlier this week during a break in preparation for the Jayhawks’ first game in a week. By Matt Tait

How, I asked Russell Robinson, did the Jayhawks prevent Stephen Curry, reigning NBA MVP and one of two central figures in the NBA Finals, from beating them? How did they defend him? By Tom Keegan