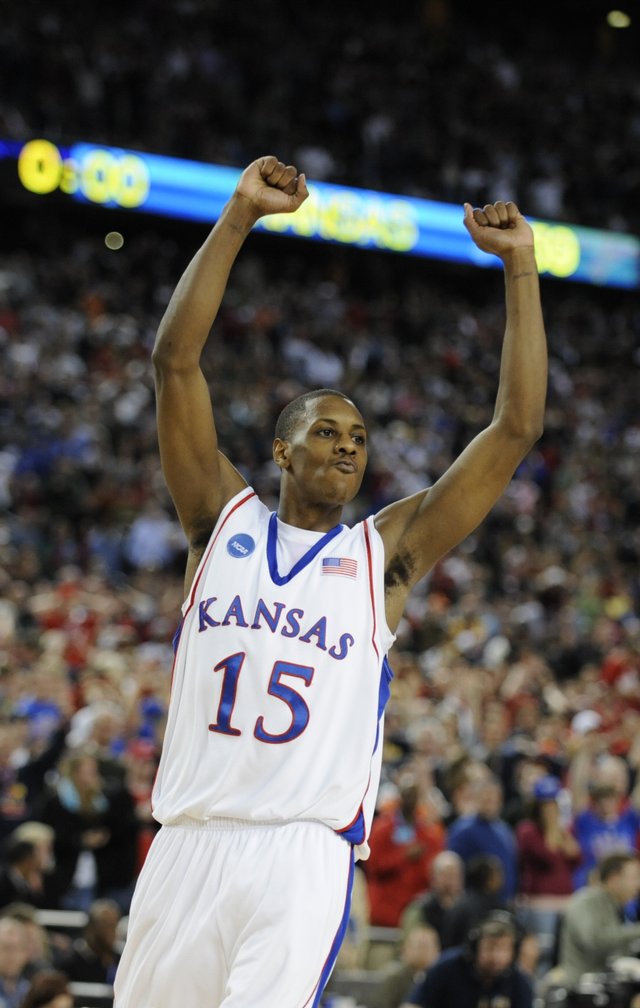 Kansas guard Mario Chalmers throws his fists in the air after the Jayhawks clinched a Final Four berth with a victory over Davidson in the Midwest Regional Final on Sunday in Detroit.

Almarie Chalmers stood and watched her son, Mario, snip his rightful piece of the net at Detroit's Ford Field on Sunday, commemorating his trip to this weekend's Final Four. She knew as well as anyone how much this moment meant to the Kansas University junior guard, the Jayhawks' most mysterious star. She was watching as the dream began.