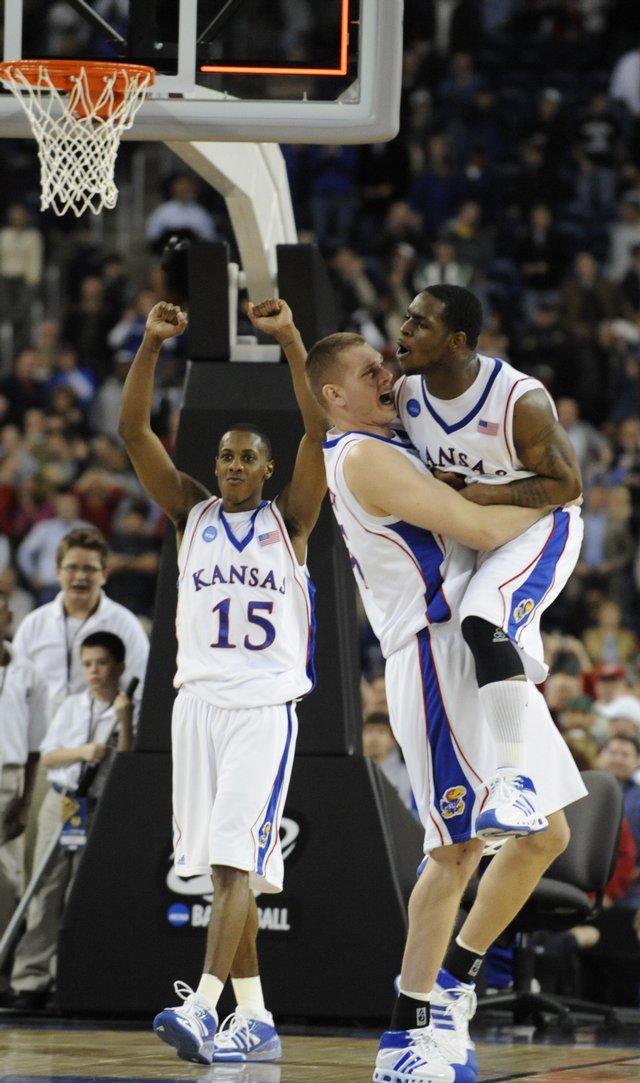 Kansas center Cole Aldrich hugs Sherron Collins as Mario Chalmers (15) hoists his fists as the buzzer sounds, signaling the Jayhawks' 59-57 victory over Davidson. Aldrich and Chalmers will face each other tonight in an NBA exhibition game at the Sprint Center.

Thursday night, on Lawrence’s west side, first-year voice of the Jayhawks Brian Hanni will host his ninth annual Rock Chalk Roundball Classic at Free State High. While this year’s charity game, which, like all of the others before it, will be played to raise money for the families of four young people battling cancer, it also will have a special secondary purpose. By Matt Tait

Cole Aldrich, Mario Chalmers to collide at Sprint Center for Thunder vs. Heat

What a relief: Self gets first bid

All of the Jayhawks were happy after this one, from Russell Robinson, who didn't score, to Chalmers and Sasha Kaun, who led the way with 13 points apiece on a day points were tough to come by. Everybody seemed most happy for coach Self, who will finally get to experience a Final Four when the Jayhawks meet Roy Williams' North Carolina Tar Heels in the second of two games next Saturday in San Antonio.