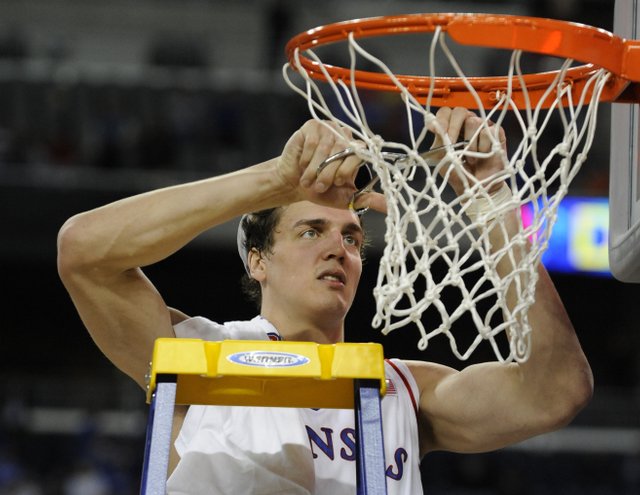 Kansas center Sasha Kaun gets his share of the net during the celebration Sunday, March 30, 2008 at Ford Field in Detroit. Over the weekend Kaun signed with CSKA Moscow and will begin his professional basketball career in Russia.

Kaun signs with team in Russia

The road to the Final Four took a detour to Tomsk, Russia, where a boy left home at the age of 16 to pursue a basketball dream.