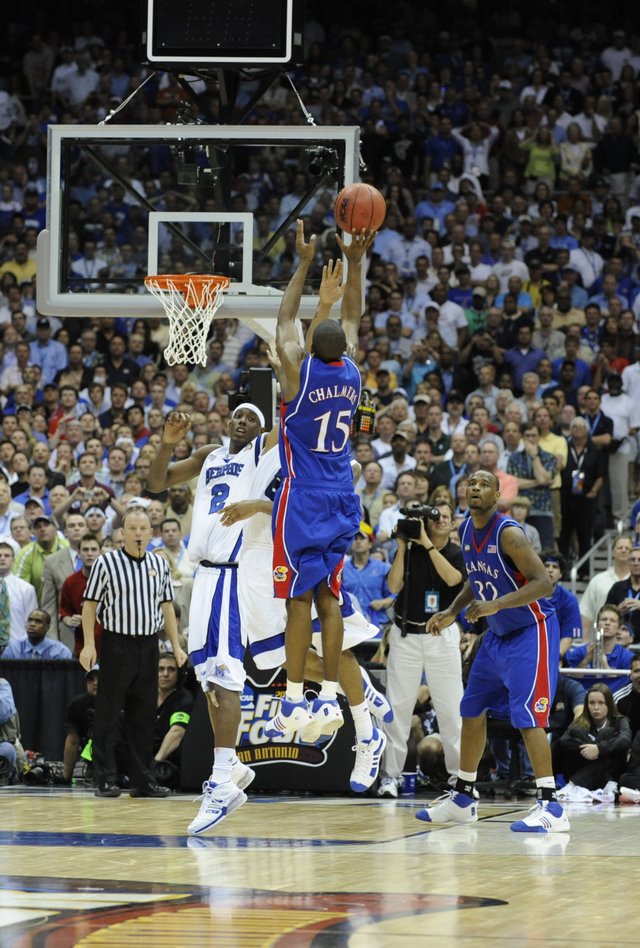 Kansas guard Mario Chalmers elevates for the three-pointer that put the game into overtime. Chalmers connected with 2.1 seconds left to tie it at 63, and the Jayhawks went on to win, 75-68 in overtime, April 7, 2008, in San Antonio.

Mario Chalmers to have jersey retired at halftime of Texas game

Former Kansas guard Mario Chalmers will have his No. 15 jersey retired at halftime of the ESPN College Gameday Texas at Kansas men’s basketball game on Saturday, Feb. 16, KU announced Thursday. By Gary Bedore