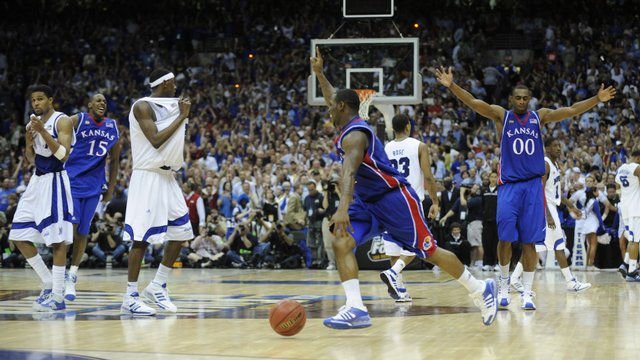 Kansas guard Sherron Collins, center, celebrates with Mario Chalmers (15) and Darrell Arthur (00) after the Jayhawks defeated Memphis in the national championship game on April 7, 2008, in San Antonio. KU and Memphis meet tonight for the first time since the title game.

KU, Memphis to meet for first time since title game

There are reminders of Kansas University’s 2008 national title victory over Memphis all over Allen Fieldhouse.